BRP, which already makes the three-wheeled Spyder, plans to launch into the motorcycle market with a bold growth plan. Bombardier Recreational Products once sold Can-Am bikes in the 1970s.

Company spokesperson Sylvain Morissette confirmed on Wednesday that the company is currently evaluating the market, the possibilities and trends after an industry analyst suggested the eventuality.

BRP is committed to developing its range of products every six months until 2020 with an expectation of seeing the Valcourt Quebec company’s revenues increase by nine per cent annually to reach $6 billion U.S. dollars by the 2021 fiscal year.

Analyst Benoit Poirier of Desjardins Capital Markets believes that the motorcycle market is bright. He estimates that BRP could eventually add $325 million U.S. to their annual revenue and gain three to five per cent market share.

“This market is supported by a solid foundation, and we believe that BRP has the key elements in place to enter this sector, naturally or by acquisition,” he explained in a report.

According to Poirier, 82 per cent of dealers of motor sports vehicles sell motorcycles and would be interested in purchasing new products. BRP has more than 4,200 dealers in some 100 countries.

The company would benefit from its motor expertise and profit with their manufacturing operations in Mexico, Poirier indicated. 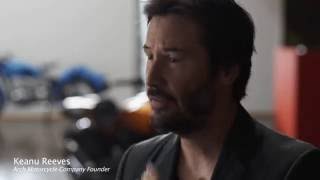